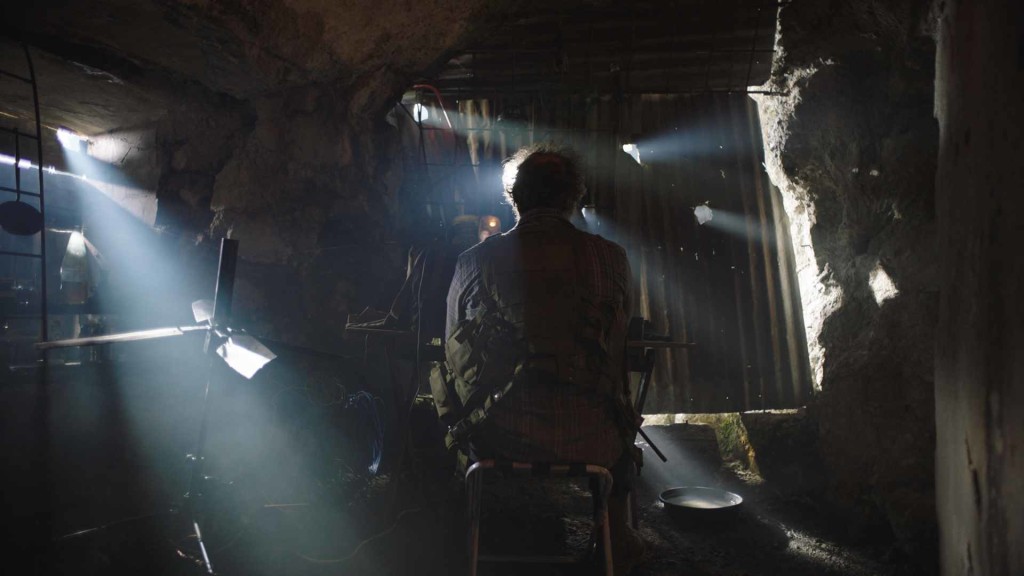 A man wanders through the woods of the Alps.

He lives in a former World War I fort and is haunted by nightmares and visions. He seems to have a mission to accomplish: he is the last agent of a secret society that over the years has prevented humanity from being destroyed by the mad atomic race. Or at least that’s what he believes.

Franco Carling has served in military missions all over the world, has been injured in an accident and has lost his dearest affections because of the work that has taken him to numerous American bases in Italy and Europe, always in the company of the Bomb.

Since the end of the Cold War, his points of reference have been missing, the enemy is no longer so easy to identify and the atomic risk has lost its strongest controller, the deterrence that was generated by the world divided into blocks.

Now the Bomb has become his obsession, his torment and his only reason of life.

written and directed by Renzo Carbonera

Produced by Kiné with Rai Cinema

in collaboration with Trentino Film Commission